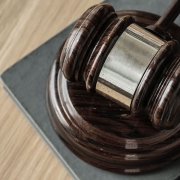 After a week-long arbitration, a local physician received a $1,500,000.00 award against healthcare giant OptumRx, a pharmacy benefits management company associated with United Healthcare.

The award, which also required OptumRx to pay all costs associated with the litigation, included a finding that our client, a family practice physician, was entitled to punitive damages in the amount of $1,000,000.00 due to OptumRx’s “intentional misconduct or gross negligence” that was “condoned, ratified or consented to” by Optum’s officers, directors or managers.  The case arose after OptumRx made false statements about our client, wrongly labeling him as a physician-sanctioned by the Office of Inspector General.  In actuality, OptumRx had misidentified our client – the person who had been sanctioned lived in another city in Florida and was not even a physician.  The arbitration panel concluded that OptumRx injured our client’s reputation in the community by falsely advising pharmacies, our client’s patients, and others that our client was a sanctioned provider.  The evidence demonstrated that our client had lost patients as a result.  OptumRx failed to acknowledge the mistake and continued making the false statements, despite repeated attempts by our client to get OptumRx to investigate whether OptumRx had identified another a person with a similar name.