Paul Weekley has been elected to membership in the Tampa Bay Chapter of the American Board of Trial Advocates (ABOTA). ABOTA is an invitation-only organization of experienced trial lawyers and judges dedicated to the preservation and promotion of the right to a civil jury trial provided by the 7th Amendment to the U.S. Constitution. Election to ABOTA is based on “personal character, honorable reputation, and proficiency as a trial lawyer.

WEEKLEY | SCHULTE | VALDES | MURMAN | TONELLI proudly announces that Jody Valdes has joined Chris Schulte in achieving recognition by the Florida Bar as a Board Certified attorney in the field of Civil Trial Law. Board Certification is the Florida Bar’s highest standard for legal proficiency, as it signifies an attorney’s distinguished level of competence and experience in the areas of law approved for Certification by the Supreme Court of Florida. Jody earned the distinction of becoming Board Certified by the Florida Bar only after meeting specific standards prescribed by Florida’s Supreme Court. Qualifications include having practiced law for a minimum of five years, showing substantial involvement in one’s area of legal specialization, the completion of a minimum number of jury trials, and passing a rigorous, day-long written peer review exam in competence, ethics, and professionalism.

Jody Valdes was recently elected to membership in the Tampa Bay Chapter of the American Board of Trial Advocates (ABOTA). ABOTA is an invitation-only organization of experienced trial lawyers and judges dedicated to the preservation and promotion of the right to a civil jury trial provided by the 7th Amendment to the U.S. Constitution. Election to ABOTA is based on “personal character, honorable reputation, and proficiency as a trial lawyer.”

Chris Schulte has received the 2020 Joseph P. Milton Professionalism and Civility Award from the Florida Chapters of the American Board of Trial Advocates. FLABOTA established the award to honor one of its former presidents, Joseph P. Milton, who became known for his exemplary service to FLABOTA and in his community and for his high standards of professionalism, civility and ethics. Nominated by the Tampa Bay Chapter, Chris was recognized by his colleagues throughout the state for conducting himself with professionalism, civility and the highest degree of ethics; exhibiting integrity, honor, courtesy and a sense of fair play; educating the public about the civil justice system and the rule of law; contributing his skill, knowledge, and efforts to enhance and educate the legal profession; and demonstrating a commitment to serve others.

ABOTA is unique in that its membership is divided evenly between plaintiff and defense civil trial lawyers. Membership in ABOTA is by invitation only. Members are selected by their peers and exemplify the highest professional and ethical conduct.

Each year, Super Lawyers recognizes the outstanding lawyers who have attained a high degree of peer recognition and professional achievement. WSVMT is pleased to announce that Paul Weekley, Chris Schulte, and Jody Valdes have been selected to the 2020 Florida Super Lawyers list. This is an exclusive list, recognizing no more than five percent of attorneys in the state.

For the 16th year, Florida Legal Elite presented a prestigious roster of attorneys chosen for recognition by their peers. WSVMT proudly announces that Paul Weekley, Chris Schulte, and Jody Valdes were each selected for inclusion in Florida Trend Magazine’s Legal Elite, recognizing a standard of excellence in their profession and the respect and esteem of their colleagues. 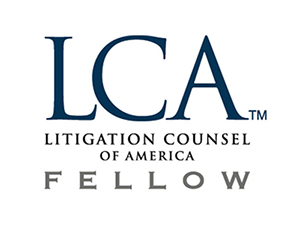 Chris Schulte has been invited to become a Fellow of the Litigation Counsel of America, an invitation-only trial lawyer honorary society, limited to 3,500 Fellows, representing less than one-half of one percent of American lawyers.  Fellows are selected and invited into Fellowship after being evaluated for effectiveness and accomplishment in litigation and trial work, along with ethical reputation.  The number of full Fellowships is kept at an exclusive limit by design, allowing qualifications, diversity, and inclusion to align effectively. 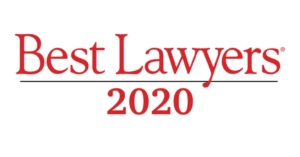 For more than 30 years, Best Lawyers has published the world’s premier guide for the legal profession, recognizing top legal talent in more than 70 countries worldwide and in more than 14,000 law firms across the United States WSVMT and Paul Weekley, Chris Schulte, and Jody Valdes are honored to once again be listed amongst the Best Law Firms and Best Lawyers in the practice areas of Medical Malpractice Law – Defendants and Personal Injury Litigation – Defendants.