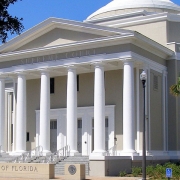 DRAMATIC CHANGE IN THE DISCOVERABILITY OF BILLING RECORDS

the hours expended by counsel for the defendant insurance company in a contested claim for attorney’s fees filed pursuant to sections 624.155 and 627.428, Florida Statutes, is relevant to the issue of the reasonableness of time expended by counsel for the plaintiff, and discovery of such information, where disputed, falls within the sound decision of the trial court.

The Florida Supreme Court found that “the entirety of the billing record are not privileged.”  Therefore, if a trial court rules that privileged information may be redacted, that should be sufficient to allow the insured to discover the unredacted portions of the records.

The Paton decision marks a dramatic change in the discoverability of billing records.  Prior to Paton, Florida courts had held that, in attorney fee disputes, the opponent’s billing records were only “marginally relevant.”  HCA Health Services of Florida, Inc. v. Hillman, 870 So. 2d 104, 106 (Fla. 2d DCA 2003).  Therefore, it was only on a “rare occasion” that an opponent’s records could be discovered.  Id.  An example might be “if a party were to challenge whether a mediation session lasted three hours or two days and information could not be obtained from the mediator, it might be appropriate to examine that party’s own billing records as they pertain to the duration of the mediation session.”  Id.

This is an important decision because it opens the door to the discoverability of the billing records of the attorneys insurers retain to defend coverage and bad faith lawsuits.  Although the Florida Supreme Court suggested trial courts should allow insurers to redact “privileged” information, such as entries detailing specific conversations covered by the attorney-client privilege, the scope of these redactions presumably will be in the discretion of trial courts.  The Paton decision also likely will be used by insured’s attorneys to discover billing records in other instances.